Some are worried, though, about what could happen to the unvaccinated come fall.

Dr. Richard Lucas is chair of emergency medicine at

A wonderful thing has happened at Suburban Community Hospital in Norristown. Doctors in the emergency department can now go several days without seeing a patient who tests positive for COVID-19.

“It’s refreshing,” said Richard Lucas, chair of the hospital’s department of emergency medicine. “… It feels like the first spring day after a long winter.”

He can remember when Suburban Community was running out of ventilators, when so many patients were sick with the coronavirus that he and his staff were “working essentially in a COVID cloud.”

Now, the staple diagnoses of emergency department work are returning — patients with other respiratory viruses, with twisted ankles and cuts and abdominal pain.

“Life is slowly getting back to normal,” Lucas said. “And who doesn’t like life to be normal?”

Doctors across the region echoed his observations, although many still have not seen a COVID-19-free day. Some hospitals still have more COVID-19 patients than they did last summer, butoverall, cases are way down from the latest peak. The fact that this drop was spurred by vaccination, not people’s imperfect ability to mask and maintain social distance, makes this reprieve feel more solid. Plus, most doctors and nurses are vaccinated themselves now, so they no longer have to worry during every shift that their work could kill them or their loved ones.

“You can see the smiling and the laughing of the teams on the units,” she said. “You can see it in their eyes, which before were somber.” She said it has been especially nice to see families returning to patients’ bedsides. 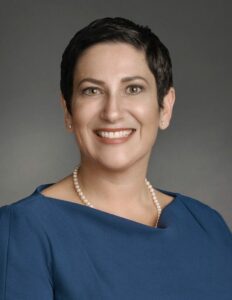 at Virtua Memorial and Willingboro

The excitement, though, is balanced by concern for the patients who are still getting COVID-19 — almost all have not been vaccinated — and worries about staff burnout and a possible resurgence of cases later in the year among people who still haven’t had the shots.

Suburban Community Hospital had more than 50 inpatients with COVID-19 during May 2020, its first peak. There were 48 last January, the height of this winter’s surge. By last month, though, the total was down to 12. During the first eight days of June, Lucas said, there were only three cases.

John Matsinger, chief operating officer for the five-hospital Virtua system, said his hospitals had up to 280 COVID-19 patients in January. They are now down to about 32. Henry Schuitema, chair of emergency medicine at Jefferson Health-New Jersey, said each of the three departments he oversees is seeing only a couple new COVID-19 patients a day, a big change from when the virus dominated emergency beds.

Penn Medicine had 370 coronavirus patients in its seven hospitals in April 2020 and around 200 at the third peak this spring. There were 45 inpatients at the beginning of June. The system hovered between 40 and 50 patients for most of last summer, said Benjamin Sun, chair of the department of emergency medicine at three West Philadelphia locations. “It’s been dropping off fairly sharply over the last two weeks,” he said. He credited vaccines for triggering a “major turning point.”

As COVID-19 patients have grown more rare, hospitals have seen a resurgence of people with common, chronic ailments, the kind of patients who mysteriously disappeared during the first wave when many were terrified of catching the dread virus at a hospital. Volume is now approaching pre-pandemic levels and in some cases has surpassed that. “We have hospitals that have had to go on divert lately,” Stallkamp said, referring to hospitals that were so full they asked ambulances to take patients elsewhere.

Sun said non-coronavirus patients coming to emergency departments now are arriving sicker than in the past because they deferred care for chronic conditions like heart disease and diabetes during the pandemic. More now need admission.

Doctors and nurses still have vivid memories of the early pandemic days when masks and gowns were scarce, and no one knew how to vanquish this new enemy that seemed to damage the whole body. Now they have treatment routines that they know help. Because vaccination rates are highest among the older people who were most likely to become very sick or die, new patients have been trending younger and often are not as critically ill.

But, doctors said, they’re still seeing sick patients of all ages. “We still have deaths, and that’s still tough for us,” Stallkamp said. During the first week of June, he said the health system had multiple deaths. 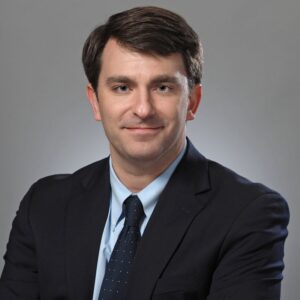 George Anesi is a pulmonary and critical care medicine physician at Penn Medicine.

He is also co-chair of the Penn Medicine Critical Care Alliance COVID-19 Committee.

Among current patients, “the strong, strong majority are unvaccinated,” said George Anesi, a pulmonary and critical care doctor with Penn Medicine. “That’s very discouraging for us because almost all of those are preventable.”

While many of the maladies that doctors treat are avoidable, Anesi said new COVID-19 cases are especially hard to take. “This one is particularly hard hitting because of the tragedy of the year that we’ve gone through,” he said, “and seeing continuing morbidity and mortality is something that we can now prevent.”

Others said they’ve learned to accept that patients make choices that can harm their health. “I’m pretty nonjudgmental in terms of why people come to the hospital,” Schuitema said. “Illness is illness.”

While the waning of the pandemic is cause for celebration, several doctors mentioned that people who work in emergency departments and ICUs are tired and burned out, even traumatized. Some nurses have quit.

“Caregiver burnout is real,” Zak said. “People have left health care sooner than they wanted to.”

Anesi said the pandemic was a “very traumatic experience” for staff of all kinds. “This was a generational event,” he said. “…. We’ve barely had time to process that.” 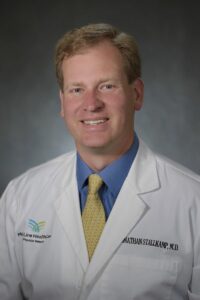 Stallkamp said Main Line Health has been encouraging workers to take vacation time. They’ve practiced yoga and gotten together to talk about how the past year has affected them.

Doctors hope that COVID-19 is on the way out, but some worry that relaxed social distancing rules, cooler weather in the fall and more time indoors could soon give the virus a new foothold among unvaccinated groups.

“We do have the appropriate level of concern,” Matsinger said. “The good news is the future’s not written. It’s in our hands.” He hopes that more people will choose to be vaccinated.

Stallkamp is optimistic that Southeastern Pennsylvania, which has relatively high vaccination rates, will do well in the fall. “I’m really encouraged by everybody who has gone out and been vaccinated,” he said, “and I think it will pay huge dividends for us later this year.”